You are here: Home / 2018 / Croquet Science of Team Building 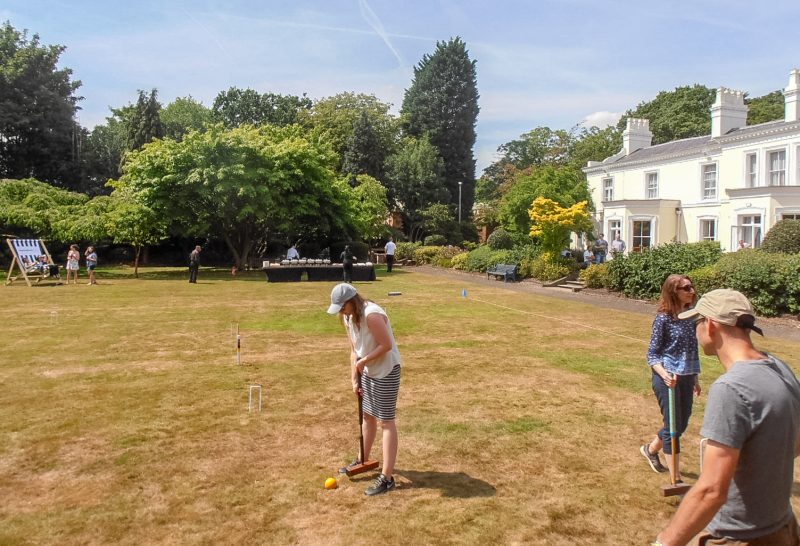 Fifty Five Physicists and Engineers from Manchester University wanted a team building ‘get to know you’ event so of course Croquet was deemed the way to enable new friendships to form across the scientific field divide –  clearly none had come across this sport before!

Three courts were created behind the hotel and battle (friendship) lines were drawn with four players thus assigned to each (usually 2 from each area), they were introduced to basic GC laws and allowed to ‘crack-on’, first pair to score 4 points *wins* match…. and another session/match..and another…etc. Many Rotations later, such was the intensity of the competition, that after one really bad ‘flubbed’ stroke, a player broke the offending mallet in frustration – and quickly offered to pay for the damage somewhat red faced.

After four hours of this play, most declared that Croquet was *Fun* – who knew?

(who was also present)