You are here: Home / News / Croquet Success is Habit Forming 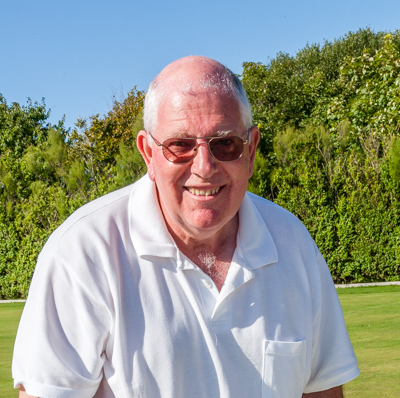 Brian Kerr from Southport returned to Budleigh Salterton Croquet Club to defend his title (having won it last year) in the B Level Advanced 3 day tournament from 24-26 April and succeeded in winning again!

He also managed to win the Fastest Game prize for completing a game in 47 mins winning by +25. There were 20 players competing coming from Hull, Nottingham, Kenilworth, Bristol, Southport, East Dorset, Sidmouth and some local players. The lawns were superb and the tournament was managed by Julie Horsley from Sidmouth. The format was an Egyptian with each player starting with an index of 100 and gaining 10 for a win or losing 10 for a loss. The highest index at the end of the tournament would win with the proviso that you had to have played at least 7 games. I managed 10 games winning 8 of them giving me a final index of 160 with the 2 closest others (Frances Ransom and Peter Thompson) on150 (they were in fact the two that had beaten me!). Peter was made the runner up as he had beaten Frances.