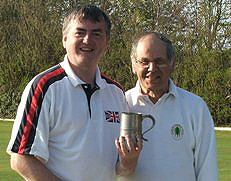 Keith Aiton beat Ian Lines to win the Jubilee Tankard, 25 years after he last won it. David Walters won the Consolation Swiss. The lawns at Southport were easy paced at about 9 plummers, but slight hills and good tight hoops (~1/32″) made conditions a little tricky. The weather was blues skies and sunshine all weekend. Some photos are on http://www.southportcroquet.org/news.htm

Day One – Keith Aiton started the day with an SXP against James Hopgood. Day 2 will see a 5 round final between current holder Ian Lines and Keith Aiton.
Day Two – Keith Aiton beat Ian Lines 3 games to 2 in an entertaining final.

The weather was excellent and so was the play. Our thanks to the catering team, the lawns team and Ian Lines for his management of the event. 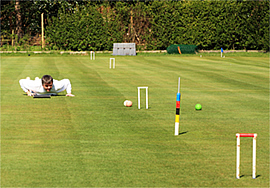 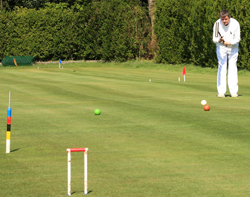