You are here: Home / 2018 / Victory Peels for James Death at Southport

James Death defeated a strong opposition to win the Sandiford Salver at the Southport Advanced Weekend on 15-16 September.

Death played some fast and elaborate croquet, squeezing ten games into the two days. On the way he completed three triple peels, one triple on his opponent, a quad, a straight quad, and the not-often-seen quintuple peel on opponent. Credit must go to Peter Wilson, who managed the event and succeeded in scheduling enough games to satisfy James’s appetite for croquet throughout.

John-Paul Moberly made his Southport debut after recently relocating to the North West, and won six games out of seven to take second place. 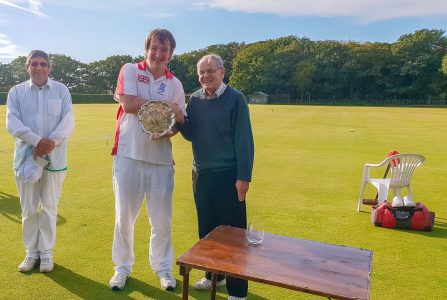