You are here: Home / Archives for Nannerch 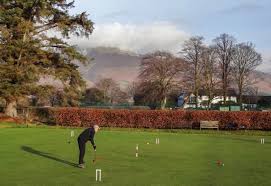 A new Croquet Club in Flintshire, based at Nannerch Sports Club – a community organisation promoting sport for everyone in the Nannerch area. We have an impressive range of facilities for a village the size of Nannerch including: All weather tennis court/netball; 5-a-side pitch; Full size bowling green; Cricket practice net; Boules/Petanque.  We also organise the village fun day usually held at the beginning of July – this is an opportunity for everyone, young and old, to enjoy a social, community day of sports and games. There is a cricket match, a tennis tournament, tug-of-war, rounders and football. It is also a chance to enjoy a barbecue, have a picnic and catch up with friends. 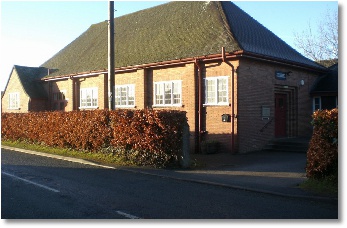 From Daily Post in 2013:
An effort to introduce croquet into the village of Nannerch has been hailed as a great success. A larger than anticipated crowd, including children, parents and grandchildren turned out at Nannerch Sports Club to sample the lawn game, traditionally seen as the preserve of older folk and the gentry. Assisted y members of Chester Croquet Club, included Welsh international Elmyr Hughes of Queensferry, the club dispelled such myths.

“After the event we had many requests from those taking part for the event to be repeated,” said Howard Thomas from the club. “What I found surprising was the enjoyment on the faces of the youngsters who very quickly picked up the necessary skills.”

Next season the club are considering making croquet one of the sports on offer and anyone interested in picking up the game on a regular basis should contact Mr Thomas on 01352 741439.