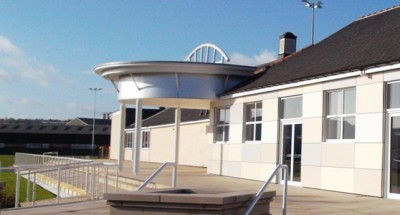 Jeff Dawson welcomed everyone explaining this was the second meeting organised by the CA to explain the issues and engage in consultation with clubs, it was not a decision making forum.  He set out the Agenda for the meeting, focussing on: (i) Federations as Members of CA Council; (ii) Federation Boundary Changes; (iii) Fee Structure for Clubs and Players.

Federations as Members of CA Council.

Whilst it was stressed that in practice, this alteration would not change anything, it has to be recognised some Federation independence would be lost and there is always the possibility of unintended consequences.  The discussion ranged from the logical need for more integration, advantages of full independence (especially when bidding for Grants), advantages of closer links to Council, more coherent framework for the development of Croquet, the status of clubs within Federations.  One interesting idea emerged that if Federations became affiliated to the CA, this could lead to a practical solution.

A straw poll indicated a majority in the room favoured constitutional change.

The nine Federations vary significantly in size ranging from 41 clubs to 8 clubs.  This situation creates differing opportunities for competitive play resulting in some clubs becoming members of more than one Federation in order to participate in appropriate level and quantity of league play.  Issues of representation were discussed, should larger Federations have more places (or votes) on Council?  Is the balance on Council equitable?

The meeting seemed to agree the issue needed addressing but could be progressed by the CA facilitating discussion and negotiation between Federations.

Fee Structure for Clubs and Players

At present 57% of CA income is derived from individual tournament members (paying about £40 each, totalling £56,000) in addition to a levy imposed on CA tournament fees (£13,000).  The remaining £46,000 is generated from clubs paying about £8 per playing member.  Whilst there is no intention to increase revenue streams the long term trend is a reducing tournament income, consequently the WP proposals are attempting to change the balance between the income streams and at the same time reduce barriers to players entering tournaments.

Whilst the number of players entering CA tournaments has decreased, the number of Federation tournaments and league games has increased.  Delegates highlighted the high cost of travelling and subsistence when entering national weekend tournaments, (notwithstanding family commitments), compared to the low costs of local one day competitive league play.

Over lunch, delegates, in four groups, discussed these financial issues including increasing the club player levy and the concept of a levy on all competitive games in Federations (Pay to Play concept).

The majority of delegates supported the strategy of making all club players, members of the CA,  through replacing the individual tournament member fee by an increased club levy on members.  A strong viewpoint emerged that since every club member benefits from the CA infrastructure so everyone should pay for it.  It is estimated club individual membership fees would need to increase by about £10pa to cover this.  Whether this should happen in one step or be introduced gradually caused much debate but conference seemed to favour the one step approach.  Pleas also emerged that the CA should spend more on Development and be more active in marketing the Association.

There was concern in the room about whether there should be a differential levy depending on the status or size of clubs.  However, one small club stated they were in favour of the one step approach and would use a fund raising event to pay for it rather than increase membership fees.

A proposal that clubs should pay their individual member levies to Federations, who then paid the CA, received no support; clubs not having any problems about paying the CA in addition to paying their Federation Membership Fees separately.

If all players became CA members, they would each be entitled to receive the Croquet Gazette, increasing its circulation to about 6000.  Whilst this could generate increased sponsorship or advertising income, there would be significant increases in distribution (postage) costs.  There were positive suggestions about offering the Gazette both electronically as well as hard copies, even if members had to pay extra for hard copy.  It was also pointed out there would be increased VAT expenditure if the Gazette was distributed by email.  It was also suggested that a ‘News and Article’ website could be set up,  updated on an ongoing basis, as opposed to a bi-monthly magazine format.

Jeff Dawson brought the meeting to a close, stressing the need for further consultation and invited clubs to convey the views of their members to him over the next few weeks.  He also stressed the next steps would be to offer every club and every CA member a vote on each of the separate proposals – only after this exercise would a ‘roadmap’ be designed for consideration by CA Council and AGM in November.