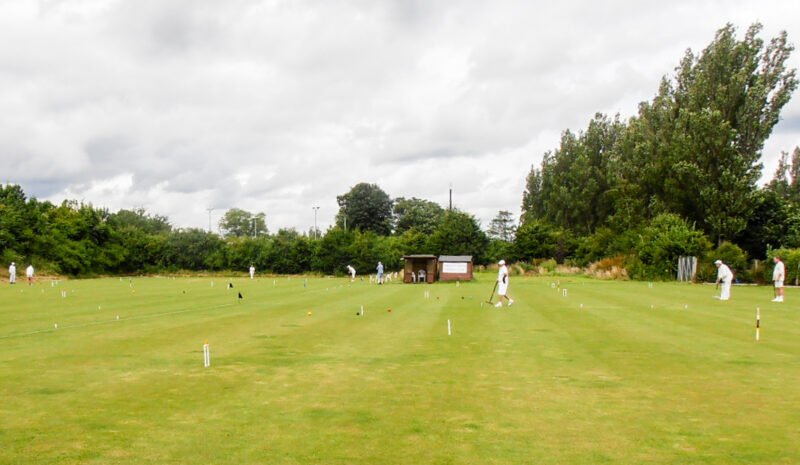 The Club promotes a healthy lifestyle through Croquet – a truly fascinating game.  All standards of play are catered for. The Club runs beginners sessions and internal competitions throughout the season as well as hosting many national tournaments organised by the Croquet Association.

Members play at any time. Club sessions are Monday afternoons, Tuesday and Wednesday evenings, Saturdays and some Sundays allowing you to meet other members easily. Our main playing season lies between March and October but events take place outside those dates.

The Club enjoys a busy social life too. There are quiz nights and other special events throughout the year.

Everyone is most welcome. We run introductory sessions for you to try the game.  All you need is flat soled footwear – please contact our Membership Secretary if you would like to know more. Spectators are always welcome at our lawns.