Ian Lines won the Neil Williams trophy again, by winning 6 matches out of 8 to take the trophy for the second year running at Heaton Park at the weekend. 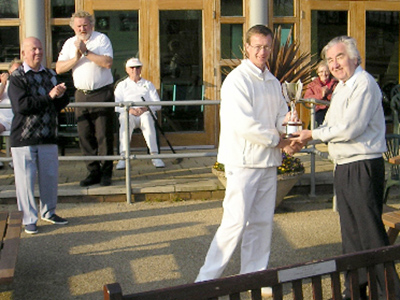 The ‘B’ event was won by Southport’s Ray Lowe.