You are here: Home / 2017 / Forget the Fishes at Chester Croquet Club

The talk at most croquet clubs is of angled hoop running and triple peels but at Chester in the autumn a croquet player’s fancy lightly turns turns to thoughts of loaves. After a couple of quick games of golf croquet to work up an appetite it’s straight into the clubhouse where the merits of rye and sunflower seeds or sour dough toast are hotly contested. Aided by a major investment in a toaster and sunny weather the croquet season has been extended to the end of November. This simple incentive has kept the members playing for longer than usual. ” I don’t know which I enjoy most” said one player ” running a hoop from twenty yards or Frank’s home-made marmalade on hot sour dough toast” ( They get better with the telling!) 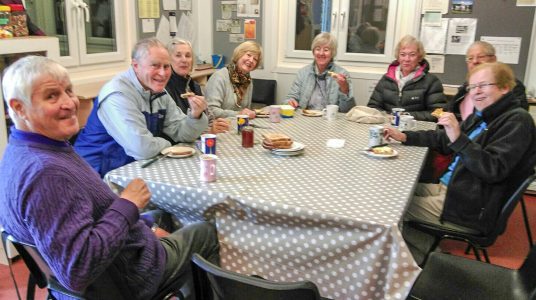