Liz and Peter entered the Somerset West Week. Situated in the suburbs of Cape Town the club has four lawns and very good weather all year around. A party of fourteen players and partners took over a small hotel nearby. The ‘apres Croquet’ was formidable with locals arranging events and food.

In the Vets block of Handicap play Liz was unbeaten until the final where Richard Hoskyns took first place. In the B class open Liz was again undefeated in the block but this time won the final game against local player, Chris Wakeman. 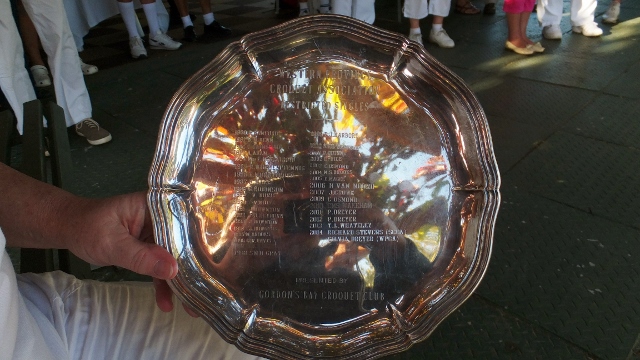 Liz is presented with the salver by David Openshaw, Lancashire’s Captain and winner of the open. 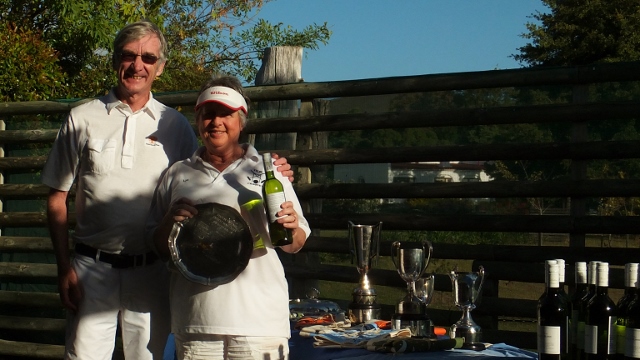 In the doubles Peter partnered Richard Hoskyns and Liz partnered David Munday both winning about half their block games. In the open singles Peter came up against a string of minus players but netted 6 index points from a couple of wins.

The plaque presented to the club from Fylde (see 2009 news archive) by Philip and Catherine in 2009 is still on display.