You are here: Home / Everything about NWFCC / 2013 – Systems for Changing a Players Association Croquet Handicap 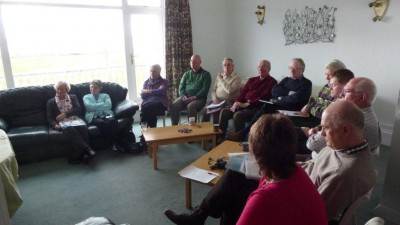 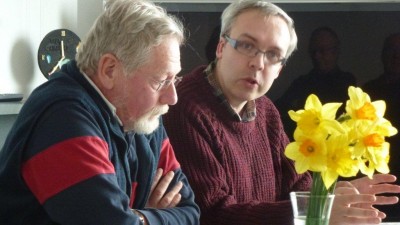 Handicap Guidelines: Changes for the 2011 Season

Designated Club Competitions are competitions for which all the following apply:

1. run by Member Clubs
2. hoops set to CA Tournament standard
3. clearly publicised prior to the start of the tournament as consisting of qualifying games.

Friendly matches between clubs are included in the system, unless both clubs agree prior to the start of the match that the games will not be included.

The Tournament Handicapper must assign a handicap to each non CA member prior to the start of the player’s first event in the Domain.

Handicap Changes under the AHS

All games within an event should be played off the same handicap. However, note Regulation H1(a), which states that for tournaments that run over several weeks, such as the Longman Cup or Mary Rose, each round shall count as a separate tournament for the purposes of triggering a handicap change.

A handicapper will have to watch the player play a number of games and ask himself how many bisques the player needs to win half his games against opponents he is likely to play.

The player whose handicap is being assessed should then construct and play a four-ball break to peg, finishing with a tidy leave. Each attempt should be continued to the peg even if disaster strikes along the way.  The total number of bisques used to complete this exercise should be noted and the exercise should be repeated about 5 times. The handicapper may disregard the first two attempts if he considers that the player performed poorly due to lack of familiarity with the exercise.

To calculate the player’s handicap the handicapper averages the number of bisques taken to complete the exercise and then subtracts one bisque. The result is then multiplied by two and rounded to the nearest integer to give the appropriate handicap for the player.

In all other cases

A handicapper will have to watch the player play a number of games and ask himself how many bisques the player needs to win half his games.

If the handicapper is considering setting a handicap of over 8, he should ask the player to complete the above test. However, he should not adhere religiously to the test result, but should also consider factors including the player’s tactical awareness and ability to hit long roquets.

There are occasions when the AHS is unable to respond to changes in a player’s ability. These occur where:

In such circumstances, it is appropriate for a non-automatic change to be made to the player’s handicap, in accordance with the procedures below.

Both grades of handicapper have power to alter and set handicaps in this range. When a player’s handicap is so altered, his index is reset to the trigger point corresponding to that handicap.

A Handicapper who is considering setting or altering a handicap above 8 should normally ask the player to complete the test described in Setting an Initial Handicap. However, the Handicapper should also have regard to the player’s ability to hit roquets, general tactical knowledge, and the results of any qualifying games played.

Appeals from decisions of handicappers

Appeals from handicap changes made by handicappers may be made to the Handicap Committee or under the Tournament Regulations. Such appeals will only be successful if the appellant can prove that either:

(a) these Guidelines and Procedures have not been followed; or
(b) no reasonable handicapper acting reasonably could have made the decision that the handicapper made.

Appeals against a decision of a Club Handicapper may be made to a CA Handicapper who is local to the player concerned.

There is no appeal from a handicap change under the AHS.

This site uses Akismet to reduce spam. Learn how your comment data is processed.