You are here: Home / 2018 / Pendle Croquet Trophies Gone to Scotland!

Scottish Raid Across the Border 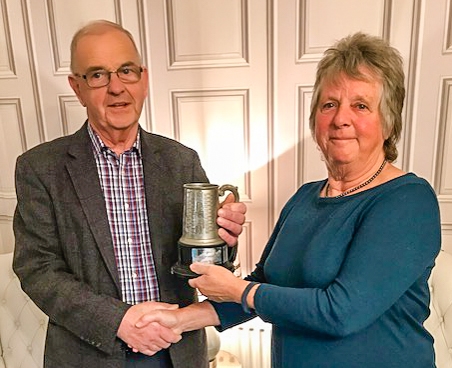 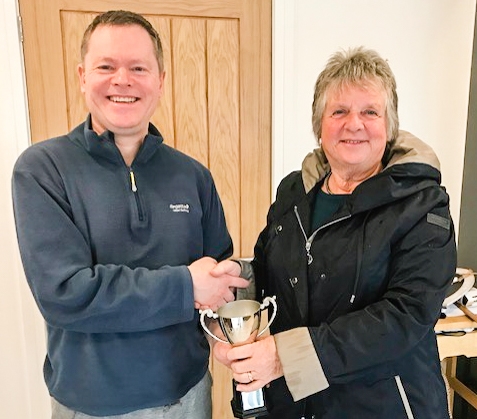 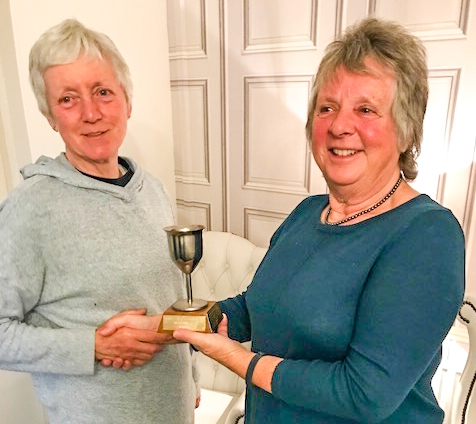 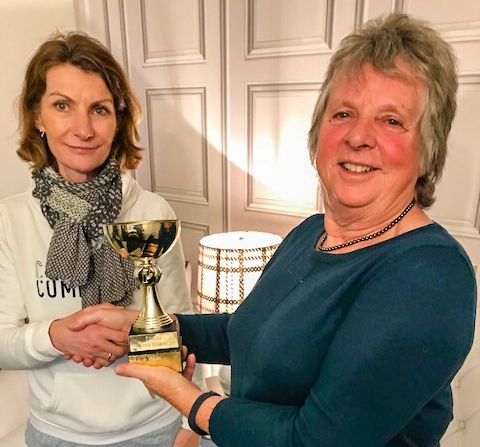 Pendle’s Easter Tournament ran from Friday afternoon(30th March)  until Monday Lunchtime (2nd April).  Fourteen competitors from as far away as Norfolk and Edinburgh turned up for what started out as a bitterly cold and somewhat soggy affair. As the days progressed the lawns dried out and the Easterly wind dropped leaving the players slightly less frozen as time progressed.

Easter Monday, however, dawned as predicted by the BBC to reveal flooded lawns and snow.  So, much to the relief of all, play was cancelled for the final day.  Winners were visited at breakfast in their hotel and trophies presented.  All competitions were run as Egyptian.

The advanced competition was won by Lee Hartley who finished on equal points with Peter Wilson and Roger Schofield but had beaten them both.

The overall handicap competition winner was won by Lorna Dewar who gave an immaculate performance throughout winning 6 of her 7 games many of them +26.  A handicap reduction from 16 to 11 is recommended by the CA Handicappers present but cannot be enforced on a Scottish player.

Three of the trophies have now headed north of the Border!  Anyone fancy a raid up there to get them back?