It’s All Happening in Lytham 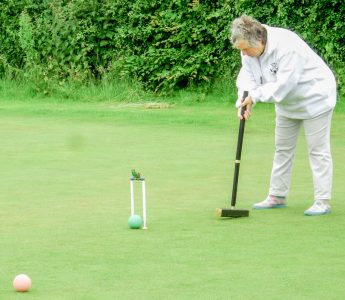 Lytham has a fast improving reputation for great Festivals and other Summer Events.  Liz Wilson who lives on the Fylde coast has an excellent viewpoint on the many activities taking place on Lytham Green and recently invited BBC Radio Lancashire into her home for a chat.

The Graham Liver Breakfast Show was broadcast live from the Royal Lytham Golf Club on 2nd August where the first round of the Women’s British Open was taking place.  Their reporter Alison Butterworth did a piece with Liz who is now in the top 15 UK players.

You can listen to the broadcast here:

Liz appears 1 hour 55 minutes into the programme.  The podcast remains available until 29 August. 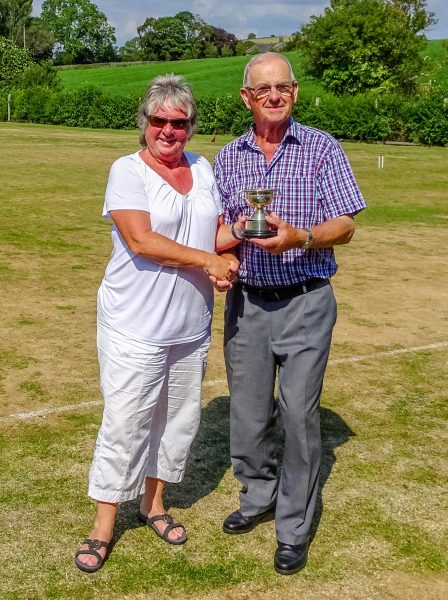 Under baking hot skies with the lawns getting faster, yellower and more difficult by the minute, 12 competitors battled for the 7 trophies on offer.

An outstanding performance by Joe Lennon from Glasgow saw him win the Low Handicap Block and the overall Egyptian Trophy. The Advance Event was won by Terry Vernazza (Newcastle) with the C Class Advanced event going to Ian Hall from Penrith.  The High Bisque Handicap Event was won by Wendy Spencer- Smith who had travelled all the way up from Watford.  The Doubles Trophy was re-gained by the Peters – Hallett and Wilson. Fastest Game went to Peter Wilson and Most Games played to Bob Thompson (Pinchbeck).

All games were played in good spirits and much laughter was heard over the four days.  Smartest Sun Shade prize to (it’s a mystery!).  The manager was VERY jealous.  We look forward to seeing you all again next year.

Press any image to go to Slideshow:

The annual match between the North East (Yorkshire / Croquet North) and the North West Federations took place, for the first time, in Middlesbrough. Further more, because of player shortages, it was contested between teams of only four (with the EPL format).

All lawns were in use, the sun shone (too much) and folk enjoyed their lunchtime buns and fruit salad – what’s not to enjoy about a day’s croquet?