You are here: Home / Archives for Penrith

Don Williamson for his outstanding work at Southport in lawn management and coaching and also Howard Bowron from Penrith and North Lakes for his excellent work in the development of the club. Their citations are presented below.

The Federation sends congratulations to both players.

Don Williamson has been a stalwart member of Southport and Birkdale Croquet Club for over forty years, serving on the Committee many times including Chairman and Presidential roles. He has also taken a leading role within the North West Federation over the years as Coaching Officer and Federation Handicapper.

Don has introduced numerous beginners to the game and within the club has organised hundreds of coaching sessions for beginners and improvers, in addition to running club sessions on Laws, Handicapping and Lawn Etiquette. He has also developed an expertise in Lawn Maintenance and the high quality lawns at Southport are a tribute to his enthusiasm and incredible number of hours devoted to mowing and supervision. He also enjoys repairing and renovating equipment and many beginners have started their croquet careers with a reconditioned mallet from him.

Don has travelled extensively over the north west to run coaching sessions at other clubs and advise on development and handicapping. He is an AC Grade 1/2 Coach and Examiner, a Senior GC and AC Referee and an AC Championship and Examining Referee. He has refereed at many tournaments and international events.

The contribution made by Don Williamson to Croquet in the north west at both club and regional level is immense, his expertise is widely recognised and respected throughout the area.

Howard Bowron has played a central and pivotal role in helping the club to develop from its initial roots when croquet was started locally by members of U3A in the early 2000’s.  When Howard moved to Cumbria as an established croquet player, he came across the U3A players and soon joined in and helped paint a picture of the wider aspects of the game and its rules to those involved.

In 2007 they moved to our current location, Edenhall Tollbar, playing on two short lawns initially on a cricket pitch outfield. The standard of grass we are told was not great, so one of Howard’s first jobs was to take charge of getting the two lawns into a better condition.  Howard, at members’ request took on the role of Chairman and Secretary and also continued with his quest to improve the playing surface, a passion he continues to directly contribute to today.

One member from the early days at Edenhall and still involved quoted “Howard has tirelessly built up the infrastructure and has always been a source of encouragement to new and existing players. His enthusiastic nature has meant that a lot of members have stepped up to challenges they thought were beyond their capabilities and as such established a vibrant and popular croquet club”.

Over a number of years at the start of each season Howard has run various coaching sessions for all classes of members.  Howard has been a staunch supporter of AC at all levels of skill and has been instrumental in setting up the clubs short and full lawn leagues.  Howard encourages players to represent the club against other clubs as it helps to verify the handicaps that he is involved in moderating each year. 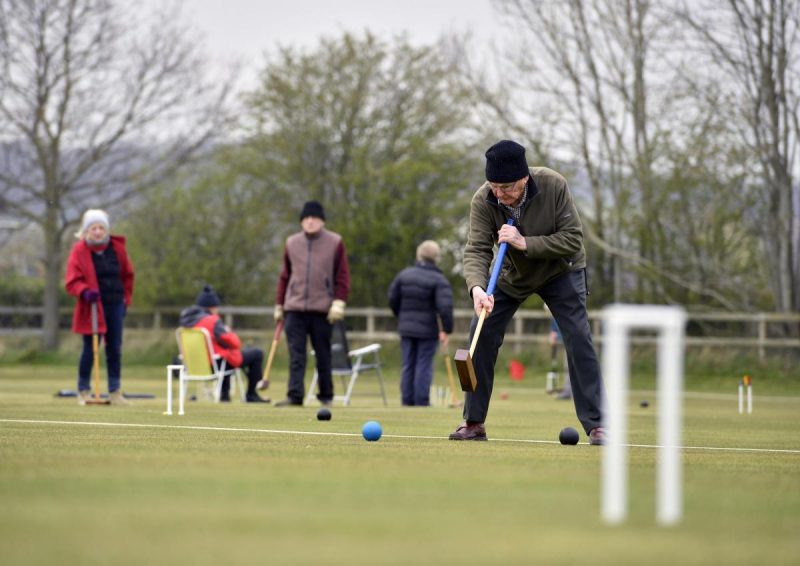