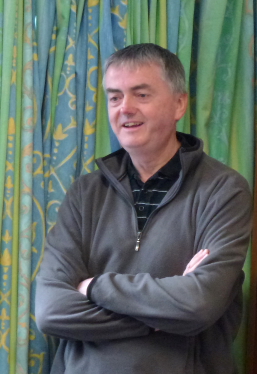 In the past, the remit of the NW Federation has been to organise a number of league competitions, the annual inter-club festival, coordinate development and coaching throughout the region.  Over the next few years, the Fed plans to add to this provision, by hosting a series of special events for members of clubs throughout the North West.  The first of these took place on 9th February at Bowdon, and was a great success.  Keith Aiton, Captain of the Great Britain MacRobertson Shield team and an expert in sports psychology, delivered a talk entitled “Engaging Your Brain for a Better Game.”

The audience of 50 represented many of the clubs throughout the region, and had a spread of handicaps from 24 down to -1.  Keith’s main theme was the strange way in which the conscious mind can overrule the unconscious, and affect muscle control, nerves and confidence.  Drawing on anecdotes from athletics, baseball, basketball and golf, it was an informative and entertaining lecture.  Volunteers from the audience were invited to exorcise their negative gremlins by (literally) seizing their imaginary voices and hurling them out of the window.  Another demonstration showed how nerves can be alleviated by visualising a spinning ball of energy, and turning it into a positive force.  And another showed how a change in mental focus can give martial artists a rigid balance, or allow themselves to be toppled over by an adversary.

Keith has a deep understanding of the subject, but also a rare ability to make the topics covered both fun and approachable.  I’m sure that the content will have a positive effect on both the enjoyment and performance of those in the audience.  The benefits of an event like this extend beyond the talk itself.  In the dark winter months, it’s a chance for everyone to socialise and to enjoy one of Bowdon’s buffet lunches.  Afterwards, 26 players stayed for the impromptu one-ball tournament.This is worth some reporting in itself.  Four half sized lawns; triple-banked one ball handicap croquet; bisque allowances reduced to a quarter; three rounds of a preset (random) draw.  Winners are awarded 20 points per game, plus the difference in scores; losers receive points for their own hoop score.  That gives possible scores in the range 33-0 (a 13-0 win) to 21-12 (a 13-12 win).

Ros Pimlott clocked up a huge 77 points in three games, and went home with a bottle of wine.  The rest of us shivered in the drizzle, but hardly noticed that it was early February.

It’s another two months before many of us will play again, and this sort of event is immensely valuable for stoking our enthusiasm and keeping us keen until spring finally arrives.

This is only the first of the North West Federation’s special events.  Suggestions for future activities are welcomed.  If the standard is as high as this, the future looks bright for croquet in the region.