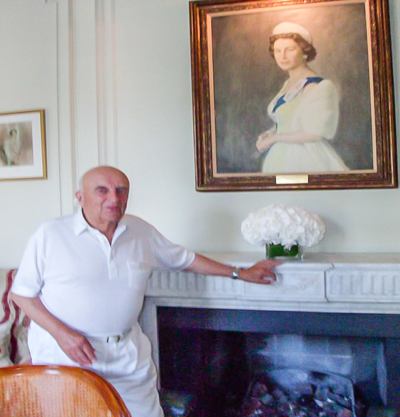 Peter Wilson (CA representative) described an initiative the CA are pursuing to raise awareness of players who have Colour Vision Deficiency, The north west fed have led the way in this area. The CA are also evaluating software systems in readiness for the changes to the membership structure. Club Secretaries will have a vital role in the new procedure.

League Manager Tony Thomas reported on a hectic season of 177 matches with some very close finishes in some of the leagues. Postponement of matches had reached an alarming rate in the early part of the season such that some captains and clubs now take a ‘hard line’ and will claim the match if postponed rather than negotiate a new date. The issue of Bonus Point became contentious and there is a proposal later in the meeting to address this.

The Festival of Croquet was reported as a success by Manager Keith Roberts and it was later agreed by the meeting that ½ point would in future be awarded for drawn Golf games and clocks could be stopped in a double banked Golf game if a hoop is blocked.

Paul Rigge sent a report to the Meeting explaining how the difficulties of finding players to participate in the Pennine Cup had proved time consuming, frustrating and disappointing. It was embarrassing to this Federation to being forced into cancelling the annual tournament against the North East. Chairman Garry Wilson is currently discussing the future of this event with the North East.

There was further discussion about the criteria for players in the B League – currently they must have a minimum handicap of 1 – it was agreed Tony Thomas would co-ordinate the wishes of clubs on this and whether it would be useful to instigate a minimum total handicap for a B Level team.

Highlights from Club Reports include:

Bowdon – May be losing access to their Car Park but will be hosting GB v USA match next year. Beginners are catered for by weekly tuition, a monthly Sunday competition and a novices Tournament at the end of the season. Bury are continuing the development of their new venue at Whitehead Park involving clubhouse and lawn developments. Chester have had a very active season, hosting their first national tournament and visited by international groups from both Russia and Switzerland. Craig y Don have been awarded a grant of about #8500 from the Peoples Health Trust to expand their clubhouse facilities. Culcheth have increased membership and are developing strong links with the community – U3A, Brownies, Lions, Rotary, etc and are starting a regular Newsletter in the near future. Fylde have increased membership and had a very successful season winning three league titles.

Liverpool has had a flurry of recruitment and increased lawn maintenance and hopes are now very high for future development. Llanfairfechan have continued their charity events and were also featured in a two minute item on Welsh TV about Croquet – you casn see the item on their Facebook page. Nannerch have sadly resigned from the Federation. Pendle are continuing their lawn development and about to purchase a sit-on lawn mower. Penrith entered a national competition for the first time – All England Handicap. Southport have constructed a new path to the clubhouse and there has been extensive maintenance to the lawns. The club hosted the CA Chairmans Eight tournam and received plaudits about the quality of the lawns. Westmorland stated that rumours about their eminent departure from Levens Hall are exaggerated and they maintain good relationship with the owners.

The next meeting will take place at Culcheth on 5th March 2016. 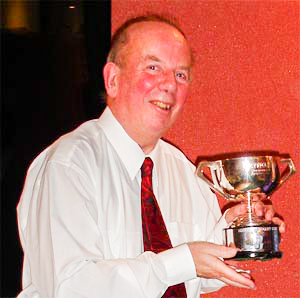 Bury Croquet Club are sad to announce the death of Geoff Young. Geoff was one of the earliest members of Bury Croquet Club and supported the club as a player and officer in many capacities, including Tournament management. Geoff was well known throughout the Federation from playing in tournaments and league matches. He loved the game and served the Federation well as an Officer and also as our representative on CA committees. On the lawns, he was always a very fair and friendly opponent, he will be sadly missed. The Federation extend out condolences to Barbara and his family.

The funeral will take place at 11.30 on Tuesday 17 November at Radcliffe Crematorium, with refreshments afterwards at the Goat’s Gate, Radcliffe New Road. The family request no flowers but donations to The Christie would be appreciated.